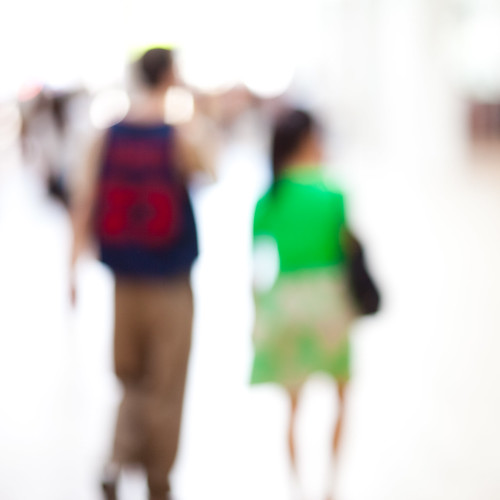 When a survey is anonymous, you can’t go back and change your answers. What if I felt some way on a certain day, and then a week later I feel differently? Of course, that’s human nature and a limitation of any kind of human or social research… even biological/medical research.

Now here is another one.

What if someone interviews you, someone with whom you have a lot of rapport. You trust that person, and so you find yourself talking comfortably, secure that this person will use your data in ways that you would feel comfortable with. Now what if that person stops being a researcher on the team working on that project. Now your data is in some other person’s hands. Someone you don’t know or trust. Of course, you usually have the right to withdraw. But do the research team actually inform you of that change? No, because they don’t assume it makes a difference to the “researched”. Well, it does to me. It makes a difference to me who is using my words and my data for their research. It matters because social research is all about interpretation and as such depends heavily on the researcher’s worldview. You can say something and it can be completely taken out of context and misused. Not malignantly, but just so.

This one will resonate with many academics, right? Someone like Edward Said wrote Orientalism. And then it became a “thing”. And then he felt like he’d been misunderstood (or he changed his mind, I can’t remember which) and wrote Culture and Imperialism. And yet, Orientalism remains the one most people read (the Spanish version of it is more widely cited than Culture and Imperialism – I can’t find citations for the English version on Google Scholar which is weird).

And a big one.

Recently I was in two different situations working with editors who felt they could liberally edit my work to the extent of inserting their own voice into my writing. Thankfully, both were understanding when I responded in anger that this felt like a violation of what I had been trying to say, and of my voice. However, I imagine if I were myself 10 years ago, or if I was just a less confident person, I would not have been able to speak up, or find the right words to express myself.

In all these situations, one feels disempowered. When our own utterances are in some other person’s hands to use as they please. Of course, every word that comes out of our mouths is an utterance another person can use to their own ends. Of course they can. And they do. But in research, it’s solidified. What if someone says something truly insightful in an interview I do with them and I include the quote in my paper and it’s powerful? The power of the quote comes not from me or my skill as a researcher, but from the person who said/wrote it, for their openness and eloquence to say it. And what of the interviewee who is unable to speak eloquently? Their story gets quoted less often. Their story gets paraphrased because we have no space and it’s not as attractive. And that same person? Their problem isn’t solved by a methodology like autoethnography because their ineloquence will continue to hinder their capacity to be heard. Let alone the issue of language. If you aren’t fluent in the dominant language, you lose your right to be heard on your own terms, and then if that language is not your native language, you are still expressing yourself on someone else’s terms.

Am I like, crazy? Or do other people feel the same way?

There’s a small thing I do, if I can’t do autoethnography, and if I can’t share my article with people who participated in the research in it (I do that when I can)… but what I will try to remember to do for every “survey” I do (and I don’t do too many)  – I will always give the respondent the choice to enter their name and to ask to be quoted by name. And still give them the right to remain anonymous if they so choose.

(inspired by a lot of things happening around me recently, including an article I am peer reviewing – it’s one of those things that influence you but you can’t really talk about because the article isn’t out)