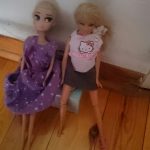 So I am finally getting around to solidifying (inasmuch as someone like me can solidify something this far ahead of its date) my OER17 keynote. There are slides, people. 90 of them. Some will have to go, because I also intend for my keynote to be a bit interactive and imagining time for that will be difficult to gauge.

So here is one way to give myself a bit more flexibility and options.

There is a part of my keynote where I plan to refer to an Egyptian expression, which, literally translated, means “when you tried to fix the shirt you spoiled the trousers” (must remember to say trousers not pants in the UK or they’ll think I mean underwear). It conjures up an image of comedy of errors or such, where trying to fix a problem creates new problems.

I think of “open” as having many such problems that arise out of its solutions, and I already have some examples in mind, but would love for the community to offer me more examples of this. I also want to make sure I don’t just bring in privileged white male voices (the people most likely to raise a hand in a crowded room, I think) or to privilege the people in the room – hence asking in advance. The easiest way for me to track these responses would be for you to either