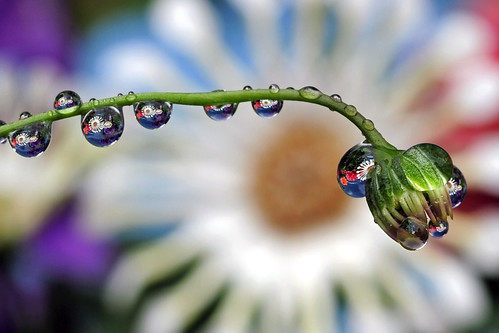 This article I wrote on digital skills vs digital literacies has been doing pretty well on social media, so I am guessing I did something right.

I am working on a workshop for faculty on teaching digital literacy within regular courses and asking folks for activity suggestions (thanks already to Doug Belshaw, Helen DeWaard and Ian O’Byrne). And I will blog about this soon after discussing ideas with my co-facilitator Nadine (we already talked a bit about digital literacies during a Teaching w Twitter Games presentation).

But this post is focusing on serendipity.
The article I wrote was based on an invitation by the Literacy Today magazine. I had never heard of them and they invited me to write this article. I didn’t know anything about them. I didn’t know the person who sent the email, Colleen. So much so that after accepting to write it, I had trouble finding the email again (could not remember name of magazine or person!). A couple of interesting things to note

A. I said yes even though I didn’t know them at all. I find myself doing this quite often lately. I get invited to write stuff for people/spaces I didn’t know before. I think that for people/places I do know already I don’t even notice it happening!
B. I don’t think I had written on this topic before. I had obviously worked around the topic as is evident in the article itself

C. I had the audacity to tell Colleen that I prefer to write open access and she agreed that although their magazine (hard copy originally!) wasn’t so, they could re-publish the article on their blog as open access. I am so glad I asked and that it was possible because so many more people are now able to benefit from it. So many people have said its clarity means they can share it with their students. I am glad

D. While mentioning the article to my colleague Nadine as we worked on our Twitter games presentation for Nile TESOL last month, we decided to give a workshop for faculty this semester as well – and I asked folks on Twitter for suggestions and got to talk a little more with Doug Belshaw and Ian O’Byrne whom I knew only a little beforehand

E. The hard copy of the magazine? Impressed my boss and made her read my article immediately 😉 My mom too!

Haha that last part was hilarious. I write so often digitally and even most of my peer-reviewed stuff is digital that I had forgotten how nice it feels to have something published in hard copy. How ironic for it to be something about digital 😉

You know what… This post is about the power of saying yes. Yes when you don’t know the people asking. Yes when you don’t know a priori that you can write this. Yes when it’s not a high profile peer-reviewed article coming out of it, but a magazine article. Because you may end up writing something short and sweet that helps someone much more than a peer-reviewed piece. I would rather do this.

And also it’s about asking. Asking to have it open access. Asking Doug Belshaw for help. Asking Twitter and my PLN for help.

In a recent comment to a blogpost Helen DeWaard talked about how our hunger in online learning means we don’t always know the meal in advance – what it will be or whether we will like it. I think this is also part of open education. If I can, I will try anything that comes my way (and more often than not, I am invited to things now rather than initiating, so I don’t necessarily have expectations). There are risks here. I try to research the people asking me to write stuff and their agenda. I would be more careful if it had to be political-related stuff, but I usually write more generic educational stuff that isn’t really risky at all in that sense. But I wouldn’t want to end up publishing for a place with a bad rep or whatever.

It takes time, of course, to write for someone I haven’t written for before or to present at an event where I don’t know the people or expectations. But it’s all a learning experience for me. And I hope I can keep doing it as long as I can keep up with myself without totally burning out… It’s a great (productive) distraction from real life.

Thanks to all who tweeted that article, gave me positive feedback, and also influenced my thinking around it. I don’t mean to treat it as if I wrote something epic… I just mean to reflect on the power of serendipity and audacity 🙂