Hospital. Ambulance. Camouflage. Angel. Baseball bat. Nail. What kind of images come to mind when you see these words? How would you doodle them if you only had 20 seconds?

Google’s Quickdraw is an online web-based game that you can have fun with while you teach Google’s doodle recognition AI (yes, you’re helping train Google’s AI for no pay, but you already do that each time you use Google, so what’s new?)

Also not new? The way this neural network reproduces dominant culture. It does not harm anyone in the sense mentioned by Safiya Noble (stereotyping objectification of women of color) or Cathy O’Neill (increasing discrimination against African Americans in courts)… But it’s an almost transparent look at how the neural network learns from data sets and is therefore fascinating to watch… A bit like my undergraduate thesis, but more obvious to non-techie people because it’s visual.

Here is how it works. The game asks you to doodle a word it shows you in 20 seconds. Like pictionary. The Google AI is supposedly blind to that, and tries to guess what you’re drawing as you draw it, and if it guesses correctly, you move on to the next word. If not, you get the full 20 secs to keep trying. After 6 of these, you get to see your results. If you got it wrong, you can see what Google’s AI thought your drawing looks like. And what others had drawn that it considered correct. 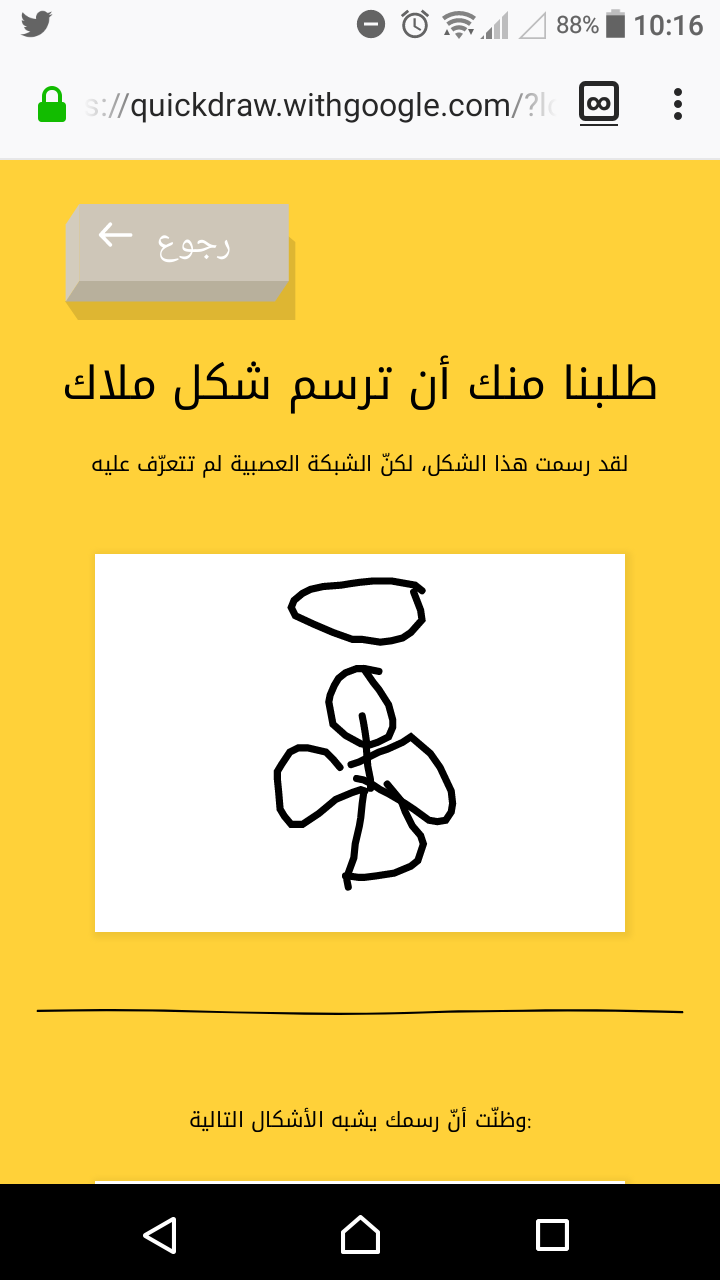 Here are the main issues I have with this game (they’re not really issues I guess, except maybe the first two)

So that’s my reaction to it.

It is a fun game though. I let my kid play as a fun way to practice reading and drawing and we discuss the cultural connotations, too. It’s fun for me to see how other people draw things…

And I discovered this game by a fun coincidence that my students discovered it while doing some ds106 assignments for extra credit! Lucky me 😉