This blogpost is a window into one of the important dimensions I think I’ll be focusing on during my #OER17 keynote. It’s so hard to keep all the ideas in, but I think if I scatter them around enough, no one person will know everything I’m planning to do 🙂 and I might get good feedback on different parts of it. 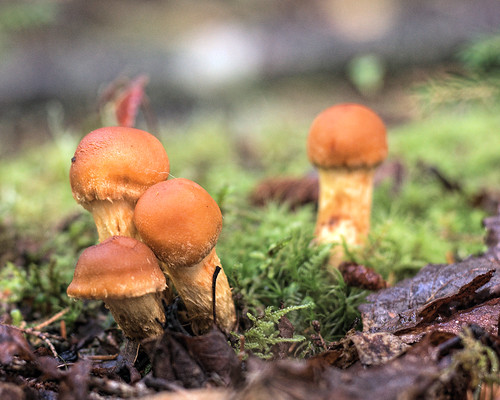 So intentionality is a dimension I plan to focus on really strongly. This blogpost won’t exactly tackle the way I’m using it in the keynote, but it’s going to tackle an angle of it that’s been in conversations across Mastodon and Twitter. And this blogpost by sava singh, where she ends it with:

we’re forgetting how we’re here trying to create a more democratic space. we’re forgetting that we’re trying to make a place that is safe and accessible to all. we’re forgetting how it felt to be on the outside looking in. those of us involved in creating communities need to remember to talk about who we might inadvertently leave out, else one day, we’ll find ourselves left out. – sava singh, cliqueonomics (which sounds like a best seller book but is actually a really good blogpost – read it)

In response to that blogpost (which I linked on Mastodon into a long discussion about community, with sava’s permission, because she isn’t present in that discussion herself), Donna Lanclos wrote a series of tweets from her perspective as an anthropologist, which I found really valuable. The most important ones imho are:

and inherent in the definition of clique, to me, is the sense that there's a power dynamic to their access–and if you aren't in, you lose

Here is where intentionality comes in for me. I think cliques intentionally have a power dynamic that denies access, not for safety reasons (which Donna points out is a fair reason for communities to not necessarily be open – to protect the safe space). But what about the other side of this, what about people who intend to be open, intend to be permeable communities, but end up coming off as cliques? I have heard this of several spaces where I existed – rhizo14, rhizo15, vconnecting. They have been called that because of different things and the ways they come off, and because people who reside constantly in those spaces develop those inside jokes and such… and I think it’s complicated for me. I know that once someone really tries to come in, that “we” try hard to welcome them in; this, in some instances, works brilliantly, and in other instances is bombardment or too cool to help, or too insidery to be truly hospitable. And those are important things to ponder, but they are different from an intentional power dynamic; however, if your intention is to let people in, then you need to interrogate yourself, on whether your approaches to welcoming newbies works or doesn’t. In Virtually Connecting, which is both a loosely-knit network and a close-knit community sometimes we succeed and sometimes we fail (and we proposed a session on this for OER17 as well). VC is a network in the sense of people who appear on hangouts occasionally or watch us or communicate with us on Twitter, but there is a close-knit community that works on Slack. Anyone can “join” and if anyone applies, we add them to Slack. But then once they are “in” Slack, some people fit in really quickly and start doing lots of things and become important members of the community (recent examples that come to mind are Ken Bauer and Christian Friedrich; others less recently are Nadine Aboulmagd and Susan Adams). Some other people join and then either because they’re not comfortable with Slack, or because we didn’t do good enough “onboarding”, don’t really end up fully engaged in the community. It’s something we’re working on.

But the other part of it is, that the way people tend to become part of the community is to first be part of the network, and even the network isn’t fully permeable to people on the outside. People on the outside don’t often know what VC is until it’s too late, or they feel wary of joining (because being livestreamed and recorded on the internet in your unplugged persona isn’t necessarily something all people embrace or are comfortable trying with strangers). I was pondering recently that when I put out an open call on Twitter to anyone at a conference  to join a VC session onsite, the people who often respond are white males with a good Twitter following. Yay inclusivity 🙂 I am guessing people who are less “dominant” are less likely to see something like that and say “hey, they actually might mean me”. So how do we fix that, really?

But I also compare this to other situations where intentionality needs to be really closely interrogated. When someone creates a gathering of people from different cultures, and they decide the meeting will take place in a bar…at 11pm, they’re automatically excluding people who don’t go to bars (me?) or mothers of young children who don’t have a baby sitter to take care of their kids (me?).

[Side note: this is a really sensitive point for me; when I went to my first US conference as an educator, a lot of the socializing happened over wine. There weren’t many Muslims or non-drinkers around and I sat through it, but then I realized this was something I really didn’t like to do;  even before that, I would sit through dinner while people drank and just tolerated it, but I really don’t like to be in that space, so I stopped going to these places. It’s everyone’s right to be at those places, but I exclude myself from it; this doesn’t mean that people who do this are intentionally excluding me, but that if people there do genuinely want to include me, they find ways (and they do and they have) to make it a welcoming space for me. Otherwise it’s a missed opportunity for me to build relationships with people I’d otherwise love to get to know in a social environment]

And the same kind of thing can be said of online communities – if a community requires someone to sing a song or create a gif or record a video to be part of the community, it’s excluding some people a priori. Now if the community itself is a community of people who are all about creating those things, that’s OK. It’s just a community other people won’t want to join and that’s fine. For example, if you’re not into having conversations with strangers, it’s OK that you won’t like vconnecting, because that’s what it is (now the strangers eventually become your friends if you do it often enough, right? but it almost never starts out that way). But if your intention is to be open to people who are different from that,then you need to go back to your values and goals and see if you are enacting them as they should be enacted. You need to interrogate how you label yourself, and consider how others label you and figure out if you’ve misunderstood, is it because you’re not following through on your ethos, or something else?

In a Virtually Connecting hangout at #OEB16, Alec Couros said that the key thing about communities is that they “care”. That resonates with me. But a lot of caring behavior is:

A recent blogpost from Catherine Cronin, based on a presentation, she wrote:

Openness can as easily exacerbate inequality as help to reduce it. We need more than good intentions. We must theorise openness and we require critical approaches to openness in order to realise the benefits in any meaningful way.

I agree completely, and a lot of my keynote will touch on this.

One really important example of this in the political world is what Christian Friedrich talked about in his #2016DML ignite talk – about how opening the door for Syrian refugees, saying there’e space for them in the higher education system in Germany doesn’t actually mean it’s easy or simple for them to truly access that system. And those are important questions to ask.
Fabio Nascimbeni (who I met via Cristina Stefanelli of OpenMed) recently shared with me an article he wrote on a critical pedagogy approach to Open, and I think that’s a really important approach to take and that many of us are heading in that direction already… so I’m hoping to find some examples of this to share during my keynote, and to invite audience members to share examples of successes and failures at being critical of open.
I’m losing the thread of my thoughts here for some reasons… and have to go to a meeting…

But here is an invitation for you: do you have stories to share of concrete examples of open education (or communities) where there was a disconnect, dissonance, between the stated intentions of members, and the actual behavior – and whether people feel it’s justifiable to consider some supposedly “open”/permeable communities/initiatives really more like “cults” or “cliques” or truly exclusive clubs in different ways that are avoidable.

There are ways that we need to recognize but to also recognize aren’t avoidable. Like use of English. Sure, it’s a power dynamic. But it’s not really avoidable. It’s the state of the world now that if you want to communicate with people from different parts of the world, it’s the common language between us all. We just need to recognize that it empowers some and not others and that it means not all voices are equally respresented or representable if we use it.