We had a really deep and thoughtful discussion today at #Wikimania in Cape Town – it was another of our hybrid conference sessions with a similar group of people we’ve been having throughout the year (people including Christian Friedrich, Taskeen Adam, Sukaina Walji, Rajiv Jhangiani – and multiple others who were not in every one of these). Anyway, today’s was entitled “Ubuntu for Who? Equity By Free Knowledge” (read the description and the provocations by Paul Prinsloo and Taskeen here). I want to reflect on a lot of things here, but I won’t have time right now for all of them.

For now, I want to unpack part of our conversation on how problematic the term inclusion is, and what about parity of participation as an alternative (which I read in ROER4D work or was it Cheryl Hodgkinson-Williams work? or both?)

Anyway… first, there is a podcast I recorded recently with Greg Curran, which you can listen to here and he used a previous post I wrote on unpacking terms around equity, power and privilege (a really popular post over time, with many people). Among things I talk about (and was talked about in today’s session by others) is how inclusion implies power to invite. But how do you as a privileged person do better? Same issue with diversity used in tokenistic ways.

So I mentioned that in my keynote earlier this week at eMerge Africa (slides and video here) I talked about tables and chairs as metaphors of inclusion or what it can look like when we pretend to be inclusive but really are not. I used images which really helped open up the conversation and I think they’re a good metaphor… so I’m doing this here. As I post the images, I’ll comment on what it means to “include” in a hybrid conference conversation, too.

In my keynote, I showed this quote:
“If they don’t give you a seat at the table, bring a folding chair” – Shirley Chisholm (first African-American woman elected to US Congress) 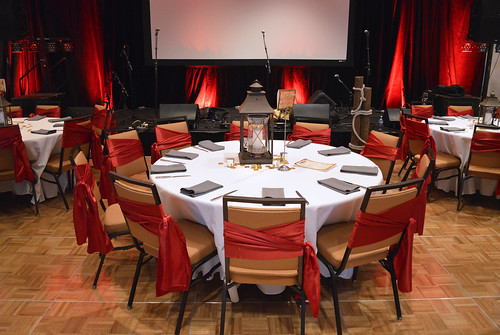 When I showed the above image, I asked “if someone invited you to pull a folding chair to this table, how would you feel?”. And participants looked at it and said “it’s too crowded”. We also talked about how uncomfortable and inferior a folding chair would feel beside this table of fancy chairs.

Later in the keynote I asked people whether vconnecting (or indeed a hybrid conference session) was an inferior seat at a pre-set crowded table… or was it creating a table with new rules, a parallel thing to a traditional conference?

But what about this option below, where everyone is in a different chair… that sounds like it’s easier to fit in no matter how you look.. since no one looks the same… Where all the misfits go? Where diversity is the rule?

or this one – where the chairs are a different color but have something in common… and are staring out at a lake in a relaxed atmosphere? 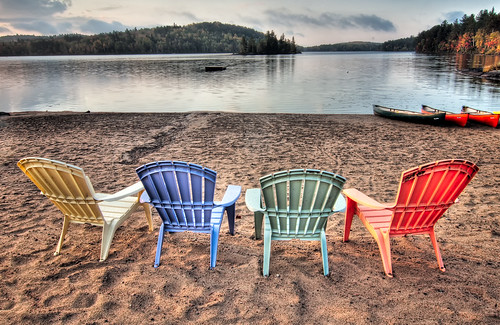 or this campfire, so informal with people sitting around… but might be uncomfortable for some people who are afraid of the heat, of sitting too close to others, or who physically would struggle with sitting on the floor for example:

Today in the Wikimania session I felt the virtual folks quickly managed to have a deep conversation because many of us already followed each other on Twitter, and some of us had met f2f (in fact there was only one person I didn’t already know and only 3 I hadn’t met f2f… 2 ppl had met my kid f2f even). You can go really deep when you haven’t just met 30 minutes before a conversation. But also the really excellent provocations by Paul and Taskeen helped push the conversation deeper.

N.B. I’m not mentioning other names here or what they said coz folks in the session have not approved us to upload the video yet.