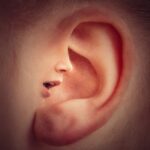 In a moment of empathy with a lot of faculty/teachers in these times, I wrote this tweet:

Everyone knows my stance on cameras on or off. tl;dr: we should not force students to turn them on, because there are many good reasons why they might want them off. But more importantly, we need to interrogate our own reasons for wanting them on, right? I get the emotional craving, I do.

For me, this semester, I do have a hunger to know what my students look like. If we were in person, I would not see their faces because of masks. Since we’re not in person, Zoom seems like the place to see their faces. But honestly, profile pics really help a lot. If they have connectivity issues, their video will be wonky anyway, and I would not be able to hear their voices clearly. Hence, voices first, faces second.

I get frustrated when faculty tell me they asked students to turn the camera on and students did it. Like they are telling me “so there, turns out they will do it” and they are not realize they’ve just coerced them to do it. I surveyed my students on whether they prefer having camera on or off. I don’t have permission from them to share (did not get IRB) but will ask them if it’s OK to share the chart that came out. But in summary of 17 students who responded: not a single student said they PREFER the camera on; a small minority don’t care either way and will do what the prof asks or follow the crowd. But the majority either keep it off for connectivity reasons, because they are more comfortable with the camera off, or because they are not always camera ready (or any combination of these). On average, students had 2.6 reasons for wanting the camera off. That’s 2-3 reasons why each person prefers to have it off, people. Not just one. I hope I have not violated IRB already.

I will be honest. A small part of me wishes/hopes they will feel comfortable turning on the camera at some point because they want me to see them. I feel bad about that small part. Because I am rationally completely convinced I do not need to see their faces to know they are learning or to love them. I do not need to see their faces to love them. Yes. I said it. I loved my child while she was in my womb and I had never seen her. Actually, her 4D ultrasound at 5 months was really ugly, if you ask me 🙂 Don’t let her read this post 🙂

But I digress. If you see their faces, it may dupe you into thinking you know that they are engaged. It doesn’t do that. Not online, not in the way it can do face to face (and even then, only sometimes! Only in small classes, only if you are very perceptive and able to read all the students all the time which… really? I do this sometimes for some students but no all the time for all of them)

Think about what Autumm has been saying about affordances of some restrictions like camera off. Do you focus better on whats someone is saying when you can’t see them? When you can’t get an impression based on their race or their hairstyle or their tattoos or their clothes? These things can *distract* you from what they have to say, you realize this, right? These things can even bias you, unconsciously, about them.

In a convo with Alan Levine and Sherri Spelic around this Twitter thread, I came up with an idea. To use “structured dialogue” (a technique of Sherri’s) and help students use their imaginations (something Alan tweeted) and ask them to interview each other about some things, and then explicitly make assumptions about each other… as a way to talk about bias and empathy and the ways we assume things about people when we have a small amount of information about them (and maybe when we don’t see them even). We could even RENAME ourselves for this activity so that people don’t know who is with them in the room altogether. Imagine doing it in TEXT so we can’t hear if it is a male or female voice, even. Possibilities are endless here!

And I still get everyone’s emotional need to see faces. It’s only human. Especially if you go out and see lots of masks (not the case everywhere in Egypt, but I guess elsewhere in the world)

So my tip here is – if you really want to see their faces, maybe select a small group who can do it next class for a particular activity. One activity I did once with students (not in a class, so less of a power relationship there) is that I played charades with them. The students who did the acting kept their cameras on afterwards and we talked about that. But I would not do things like that to “trick” students to turn cameras on if they have circumstances like connectivity issues or extreme anxiety which would make it really hard for them to enjoy/benefit from it.. and creates a kind of divide within the class. The “have good connectivity vs have-nots”. Read Autumm Caines on The Zoom Gaze where she asks “Are teachers unconsciously tuned in to faces, expressions, body language in such a way that privileges students who are privileged to have fast bandwidth, nice cameras, and good microphones? My gut tells me yes.”

Students seem willing to show their faces to me in other contexts, asynchronously. For their ALTCV (see description here), some of them recorded videos; many shared photos of themselves playing sports, getting awards, etc., so now I know how many of them look – and the profile pics on Zoom help. I see faces. They’re not dynamic, but they are there. They could even use a Zoom virtual background that is their face or a video of themselves if you want!!! That works if they’re not camera ready but are OK with their face in general. With the selfie generation, maybe many have GOOD photos of themselves they are willing to share, but don’t want to have camera on while they TALK.

Speaking of which – talk to your students about this. And by talk, I mean listen :)) Listen to them about this before you express your feelings, because I think expressing your yearning (most of us are yearning, including me) can be a kind of soft coercion…

And also… celebrate all the ways that not-seeing them is helping some participate (because they need to show they’re there via text and voice, because they would be anxious or shy if they turned camera on, and maybe not want to come to your class, because maybe they would not be able to hear you well or talk clearly because their connectivity is bad).

Human being are SO MUCH MORE than their faces. I have taught a face-veiled student – some people teach a see of face-veiled students. If you were f2f they would all be wearing masks. And then you would have their voices, and you would know it’s their voices you want to hear, not their faces you want to see. Actually, stop for a second and imagine how teachers who are legally blind teach. They never see their students’ faces, and yet they manage to teach and engage them. Voices, words, thoughts first. Faces second. Or maybe static not dynamic. Or maybe not at all.

Btw, it occurs to me that as a life skill, just as they need to learn to present even if it causes some anxiety at first, they may need to turn on their camera for video conferencing some day soon. Maybe let’s just not add that pressure right now during a pandemic?